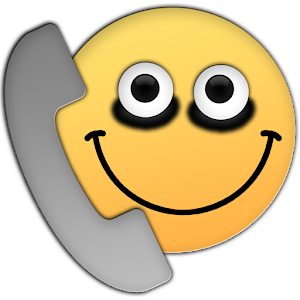 ::Required Android O/S:: 2.0+
::Description::
Do you want to fake a call with your phone without actually being called?
Use Fake Me A Call and you are good to go in no time!
You will be able to fake any call with this app!
Features:
- Specify fake caller and fake number
- Schedule a fake call
- Choose a ring tone from your phone
- Turn vibration on a faked call on or off
- Choose a fake call screen from 4 different fake calling screens
- Animated answer and decline sliders in the fake call as in a real phone call
- The fake call is automatically missed if you don't pick up after 25 seconds
- Choose a custom fake call voice for the fake call. The fake call voice can also be turned OFF if desired.
- Fake Me A Call shows as FMC after the installation so it is not so obvious what it does
- Easily provide feedback
- Proximity sensor is used to automatically turn the fake call screen black if you bring your phone close to your ear while in a fake call
- Available in Japanese, German and Bulgarian!
NEW Features:
- Define a list of up to two fake callers (unlimited in Pro version)
- Choose a picture for every one of the defined fake callers
- Choose a fake caller from your contacts
Advanced Features (Pro version only):
- ALL FEATURES OF THE FREE VERSION +
- Define a huge custom list of fake callers
- Fake calls can be logged as real calls to your phone's call log
- Fast fake call schedule approach
- In-line fake caller editing
- If you don't pick a fake call and the call log feature is turned on, a missed call entry is stored into your phone's call log
- Fake Me A Call Pro shows as FMC Pro after the installation
- Fake call screens include the SIM operator name. This information is only shown if also available on the original call screen
NEW Advanced Features(Pro version only):
- NEW: Option to show incoming fake call in fullscreen
- NEW: Option to block incoming calls when in a fake call
- NEW: Option to program the time interval buttons for faking a call with custom time intervals