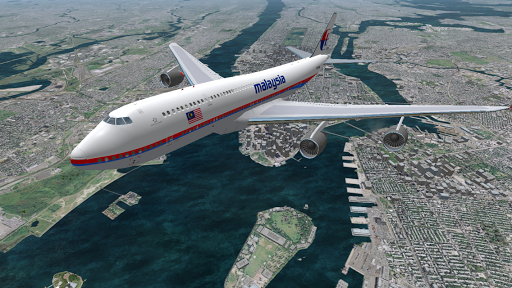 ::Download Link::Click Here
::Required Android O/S:: 2.3+
*****Hack Description*****
*** All Planes/Missions Unlocked ***
::Description::
Flight Simulator X 2014 is the most advanced simulation already developed for Android.We have been improving the physics for years, and finally we are proud to announce our flight simulator!

Prepare for the real experience of flying a aircraft over New York city!
Choose one of the most famous airports in the world and fly with more then 16 aircrafts, over 400 different missions!

The simulator is compatible with more then 5000 android devices.

Some technology provided by Nasa:
- Realist terrain using Nasa’s photos and elevation.
- Using Nasa’s utility FoilSim 3 to calculate the physics of the airplane (really realistic).
- Using real airfoils from our library in the aircrafts, like NACA airfoils and BAC airfoils.

We are thinking everything we can to improve the flight simulator experience! So please, feel free to contact us to give your feedback!

Have a nice flight pilot!

What's New
v4.3
- Added more than 20.000 buildings in New York!
- Boeing 747 painting added: Malaysia Airlines.
- Improvement on New York map, now the map is bigger!
- Bug on GPS Map fixed: GPS don't show strange paths.
- Improvement on load of the game. So the game is even faster!
- Some (not all) of the turbines had a glitch on acceleration's animation. Now it's fixed.
- Added some tips during gameplay.
- After landing, "Mission Complete" text is displayed faster.
- Smaller download size

This app has AdMob/AdSense advertisements

the download links are nor working for any games or apps. is there an alternate link to do this ?

use vpn proxy server to open tusfiles because tusfiles is block in india
_________________
**I'm Not A Big Cracker Or Hacker**
**I'm Just A Simple Uploader**
Follow Me On FB Click Here
ALL CREDIT Goes to Developers & Cracker..!!
√ Support developers! Buy the apps!