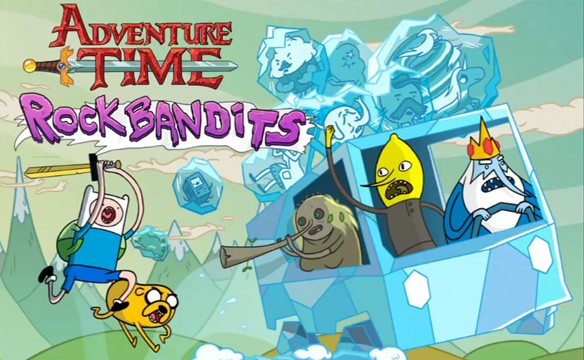 What time is it? TIME TO ROCK! Help Finn and Jake rescue Marceline’s stolen fans in Rock Bandits!
20 HUGE LEVELS!
The Ice King and his band couldn’t get any fans of their own, so they kidnapped Marceline’s audience instead. Follow their tour across the Land of Ooo. Battle your way through the Dark Forest, Lumpy Space, Bad Lands, and the Ice Kingdom.
ROCK STAR BATTLES!
Use Finn’s sword and Jake’s stretchy powers to slash, smash, and bash the bad guys in this action-packed side-scrolling platformer. Punch some respect into Ice King and his band of evil. Battle Tree Witch’s nasty nose, beat up Ash and his monster amp, and put the squeeze on the Lemongrabs!
CUSTOM SWORDS!
One man’s junk is another man’s broadsword! Collect random junk for the Blind Blacksmith and he’ll forge it into new blades and hilts.
FREE COMIC!
Rock Bandits includes an original comic by Adventure Time comic series writer Ryan North and artist Shelli Paroline!
Crank the adventure up to 11 with ROCK BANDITS! 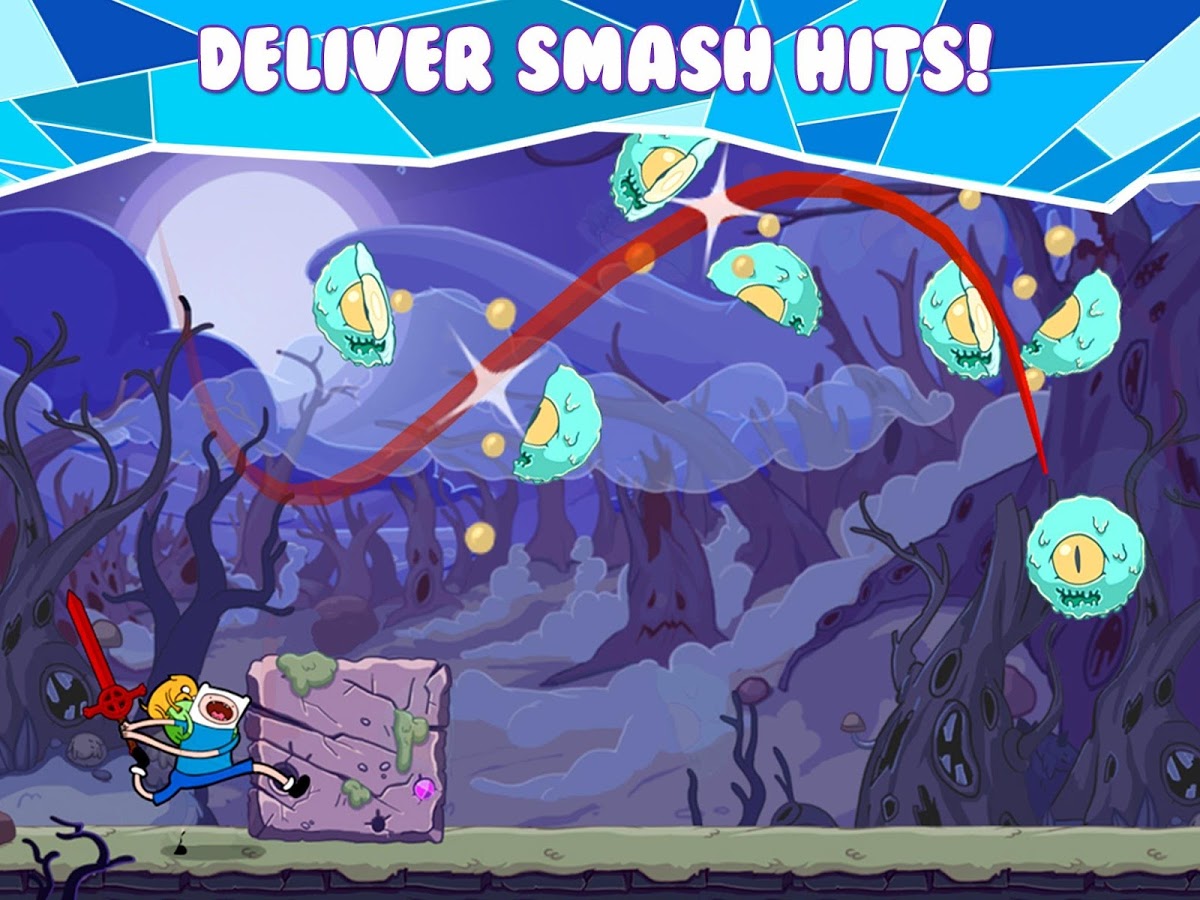 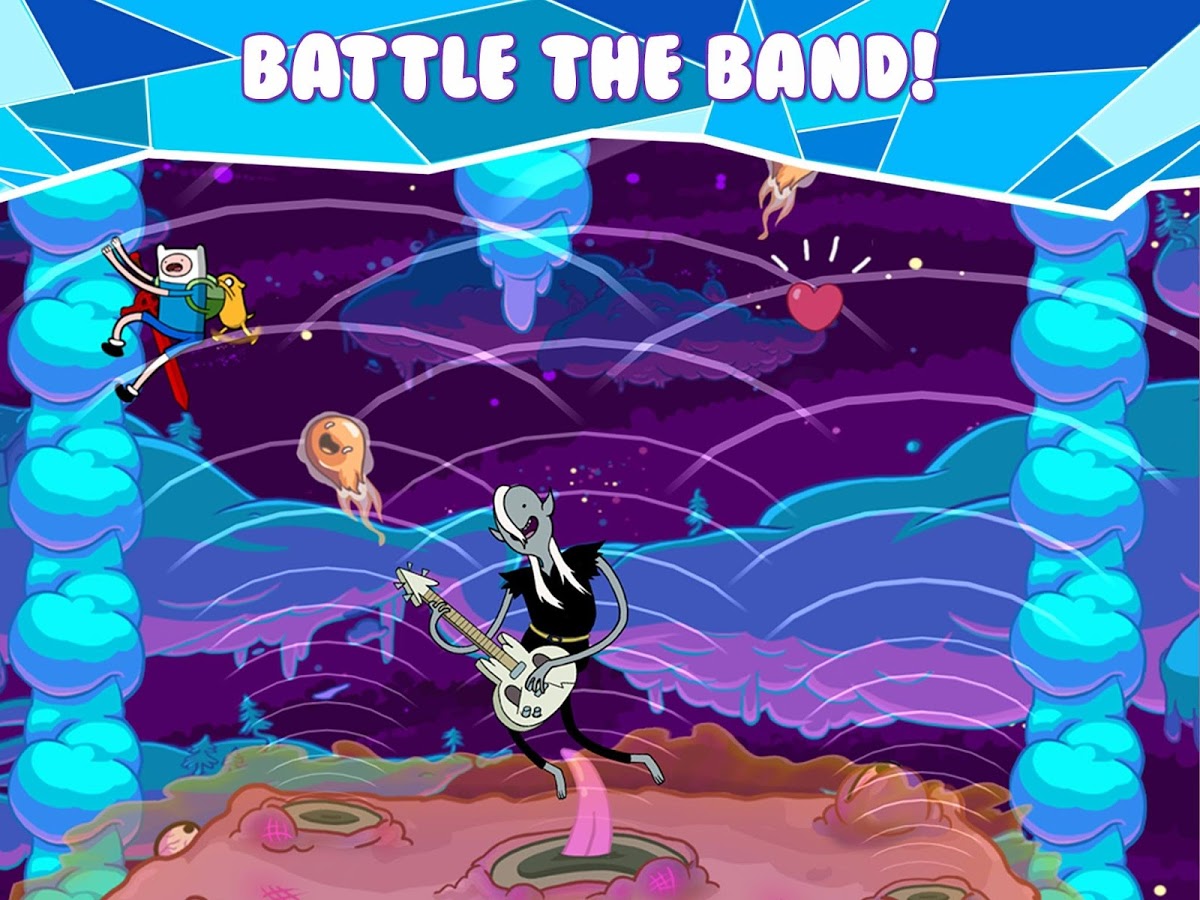 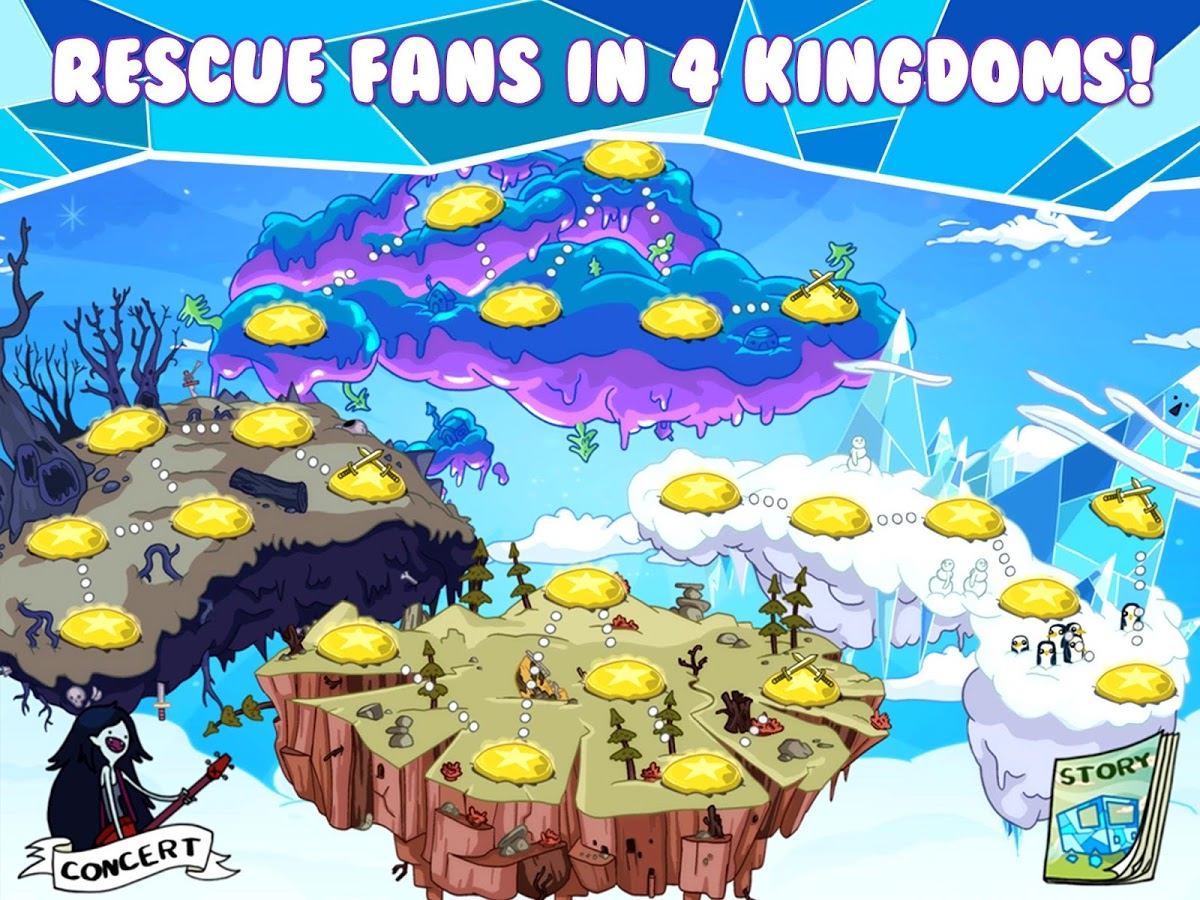 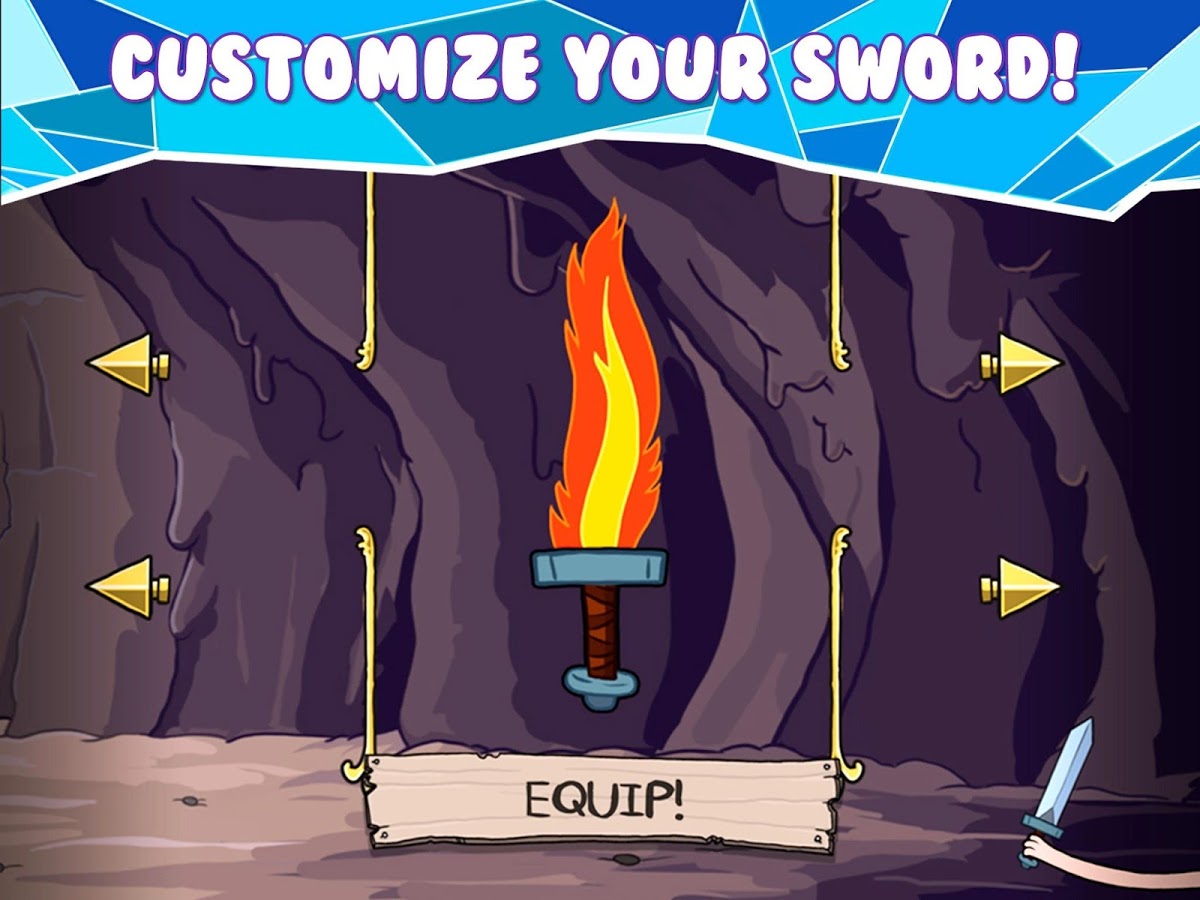 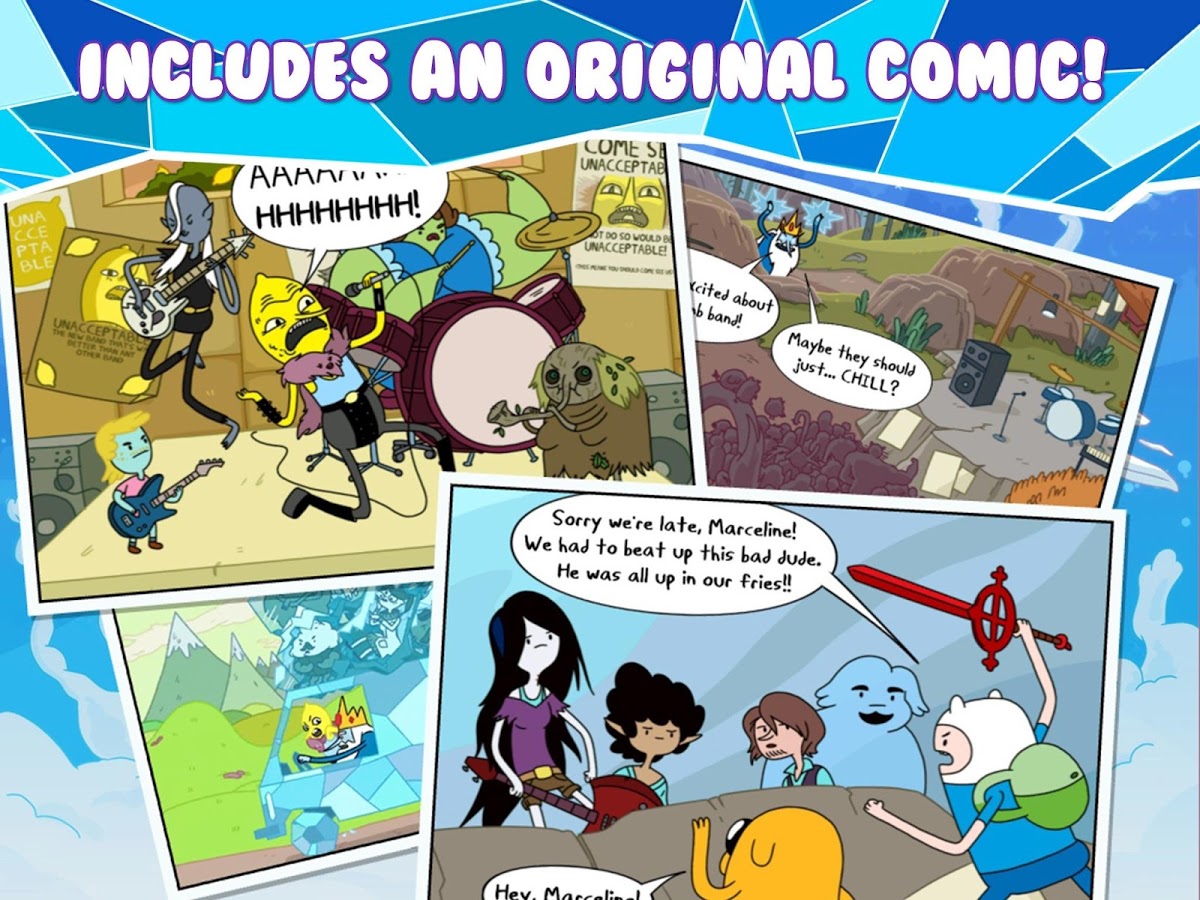