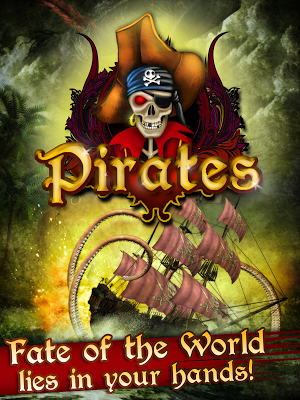 The powerful magical spirits defeated “El Draque”; his death left a wave of fog and epic horror around Cape Forchu for a long time before the ghost of Bones El Draque emerged again. Fueled by his hunger for revenge, El Draque now haunts the waves of Atlantic Ocean, and threatens to consume the entire world.

As a pirate you have to fight the magical wave of nasty “El Draque” now the fate of world is in your hands and people are relying on you to provide them defense.

Cape Forchu needs a defense strategy against the magical ghosts of Bones “El Draque “ and his band of Nasty Pirates.

Plan your defense strategy against the nasty pirates by firing your epic cannons and power ups. Collect the loot from the wrecks of your victims and use it to upgrade your tower and cannons.

► Epic battles across the Atlantic Ocean with different types of nasty enemies & Pirate Lords.
► 10 Different ports, towers to make amazing strategy with breathtaking graphics.
► Amazing and Powerful Cannons along with the towers and special upgrades.
► Three different powerups and magical powers to defeat those nasty pirates and much much more